USD/JPY moved above a recent high at 114.276 last week and has continued higher this week. That level may provide pivot point support.

The 10, 55 and 200-day simple moving averages (SMA) meet all of these requirements and this might indicate that bullish momentum is evolving. 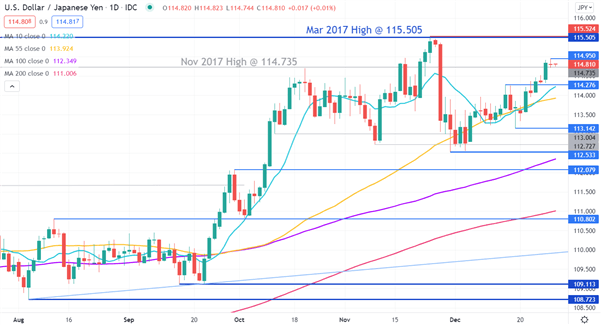 In early October, CHF/JPY broke out of a 4-month range only to move higher and establish a new range. Since mid-October it has been caught between 122.140 and 125.515

The most recent move up has seen a high of 125.397 and it has traded above the 21-day simple moving average (SMA) based Bollinger Bands for several sessions. A close back inside the band could indicate that a near term reversal may unfold.

The width of the Bollinger Bands has increased with the rally, which illustrates increasing volatility going into year end. 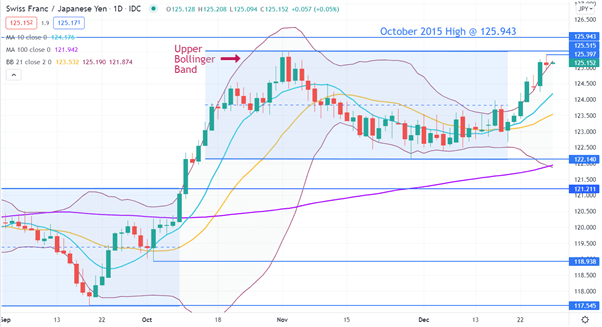