The EURUSD pair soared to the highest level since January 3 as investors reacted to mixed US non-farm payrolls (NFP) data. Data published on Friday revealed that the American economy added just 199k jobs in December. That was significantly lower than the 422k analysts were expecting. The numbers also mean that the economy is yet to fill 3.2 million jobs that were lost during the pandemic. On the positive side, the unemployment rate declined to 3.9% while wages rose. Therefore, analysts expect that the Federal Reserve will maintain its hawkish stance in the coming meetings.

US futures wavered as investors started to refocus on the upcoming earnings season. The official season will start on Friday when big bank like Citigroup, JP Morgan, and Wells Fargo will publish their fourth-quarter results. Analysts expect that these banks will deliver record earnings and guidance thanks to hopes that the Fed will hike interest rates. Stocks have been under pressure in the first week of the year, with high-growth tech stocks seeing more weakness because of fears of the hawkish Fed. A bond sell-off has also happened, pushing the 10-year yield to the highest level since 2020.

The economic calendar will be muted today, with no major economic data scheduled. Therefore, investors will focus on the performance of key areas of the market. For example, the sell-off of cryptocurrencies continued during the weekend. Bitcoin declined to $41,000 while Ethereum is slightly above the key support at $3,000. Additionally, investors will position for a busy week, where the US will publish the latest inflation data and several Fed officials will talk.

The EURUSD pair rose sharply after the latest American jobs numbers. It is trading at 1.1360, which is a few points above last week’s low at 1.1270. The pair is along a key resistance level, which it has struggled moving above before. It is also slightly above the 25-day and 50-day moving averages. A closer look also shows that it has formed a bearish flag pattern. Therefore, the pair will likely have a pullback later today. 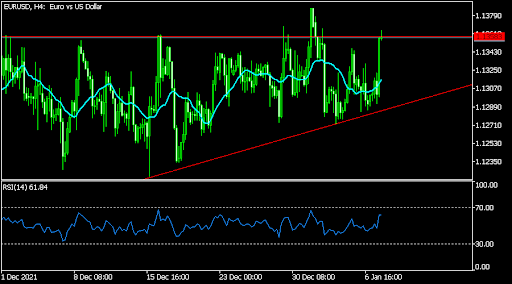 The XAUUSD pair held steady on Monday morning as the US dollar declined. It is trading at 1,795, which is slightly above last week’s low at 1,781. It is also slightly below the 25-day moving average while the Relative Strength Index (RSI) has tilted upwards. The price is also slightly below the ascending channel shown in red. Therefore, there is a likelihood that it will resume the bearish trend as investors wait for the upcoming inflation data. 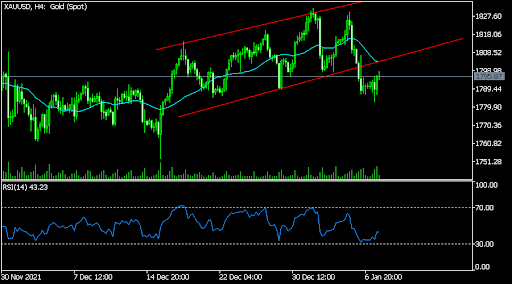 The USDCAD pair declined sharply after the latest US and Canadian jobs numbers. It declined to a low of 1.2636, which was the lowest level since Monday. It managed to move below the lower side of the ascending channel shown in red. Also, it is along the 50% Fibonacci retracement level and below the 25-day moving averages. Therefore, the pair will likely keep falling in the near term. 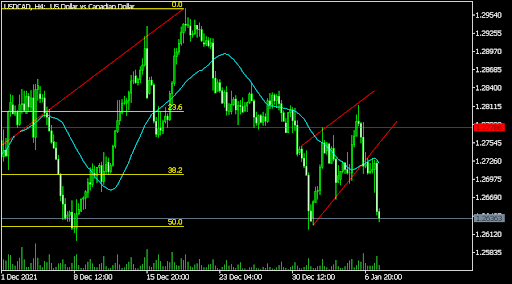